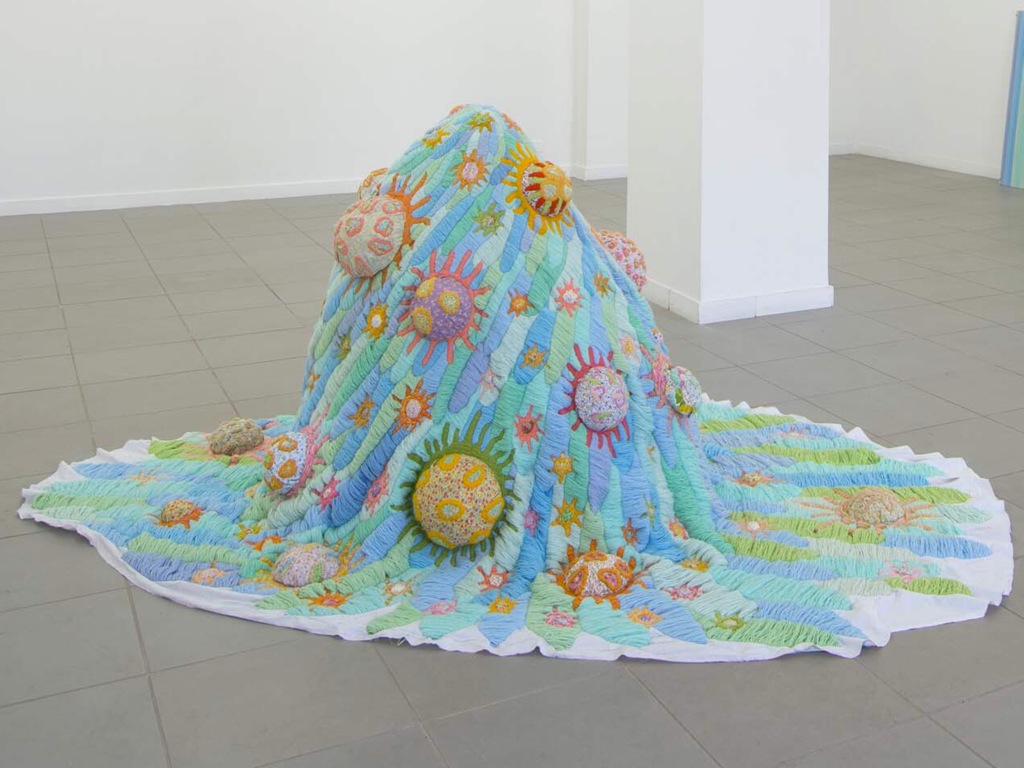 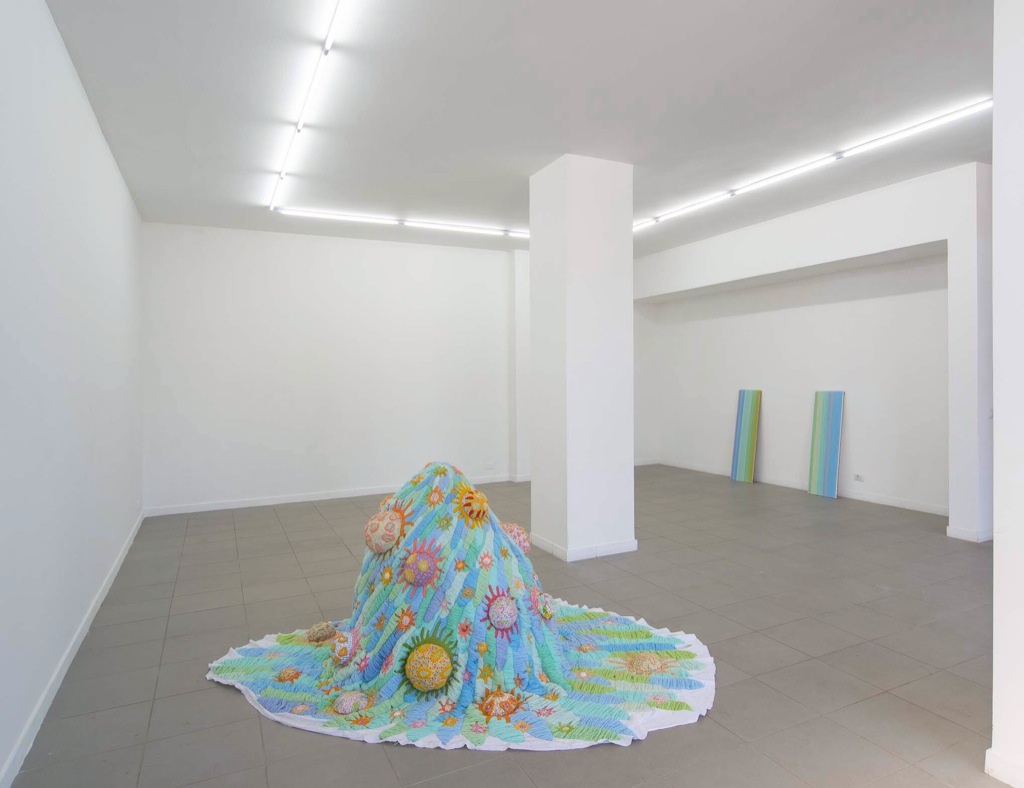 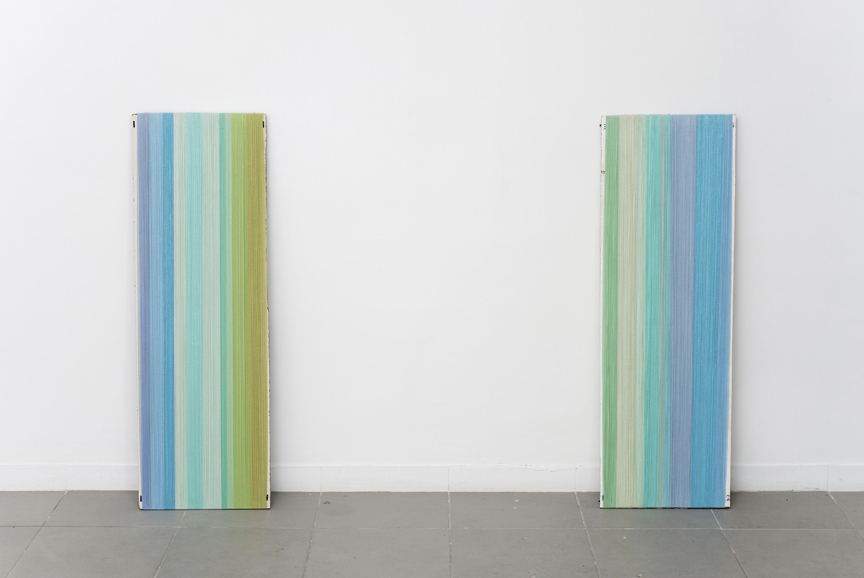 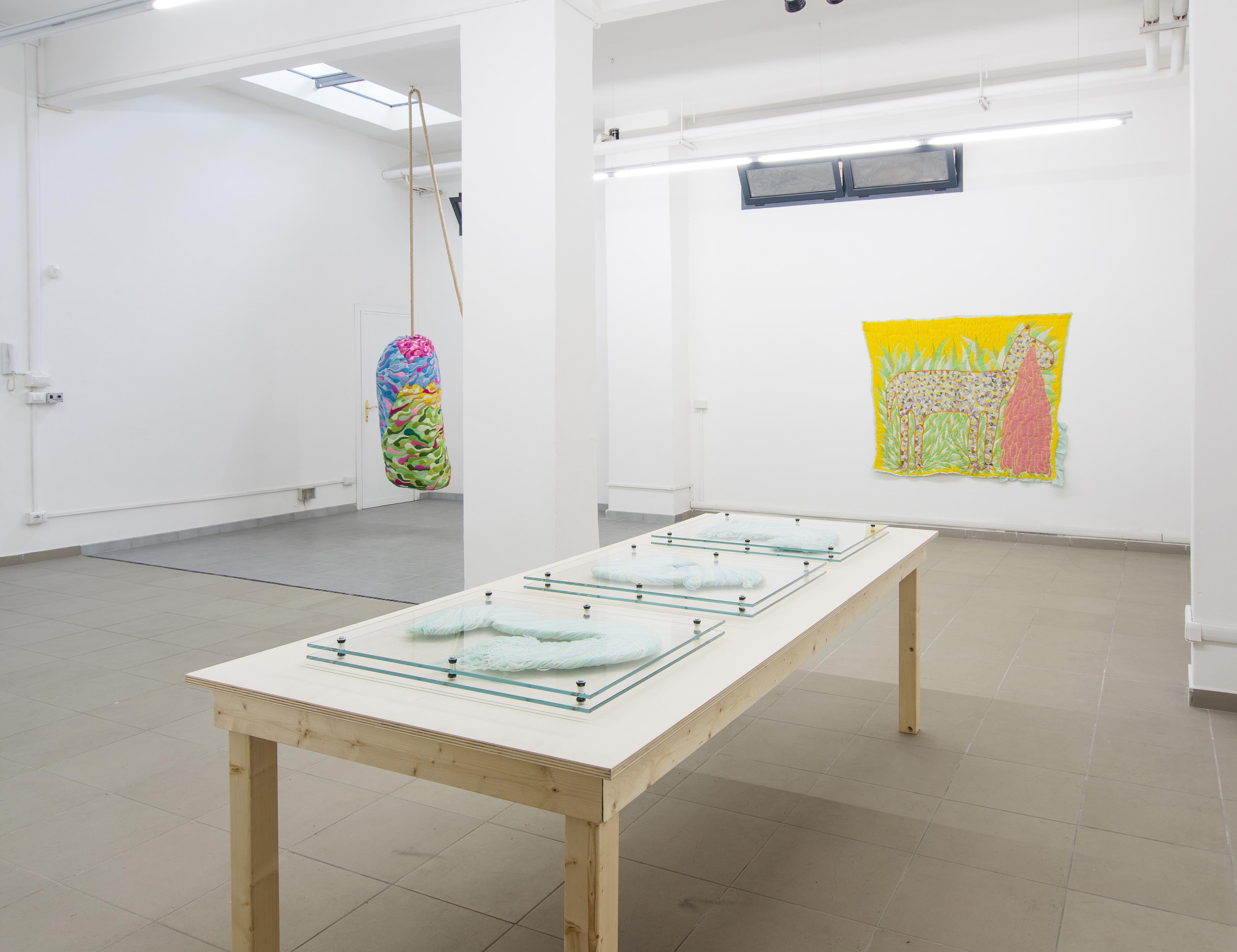 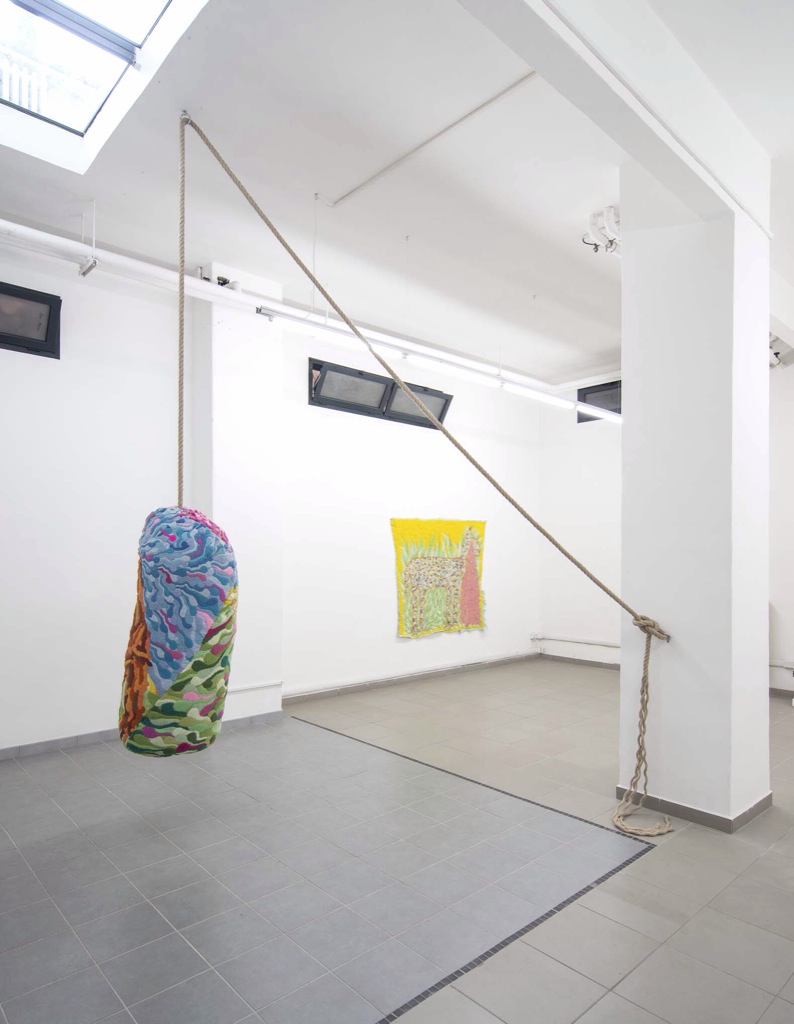 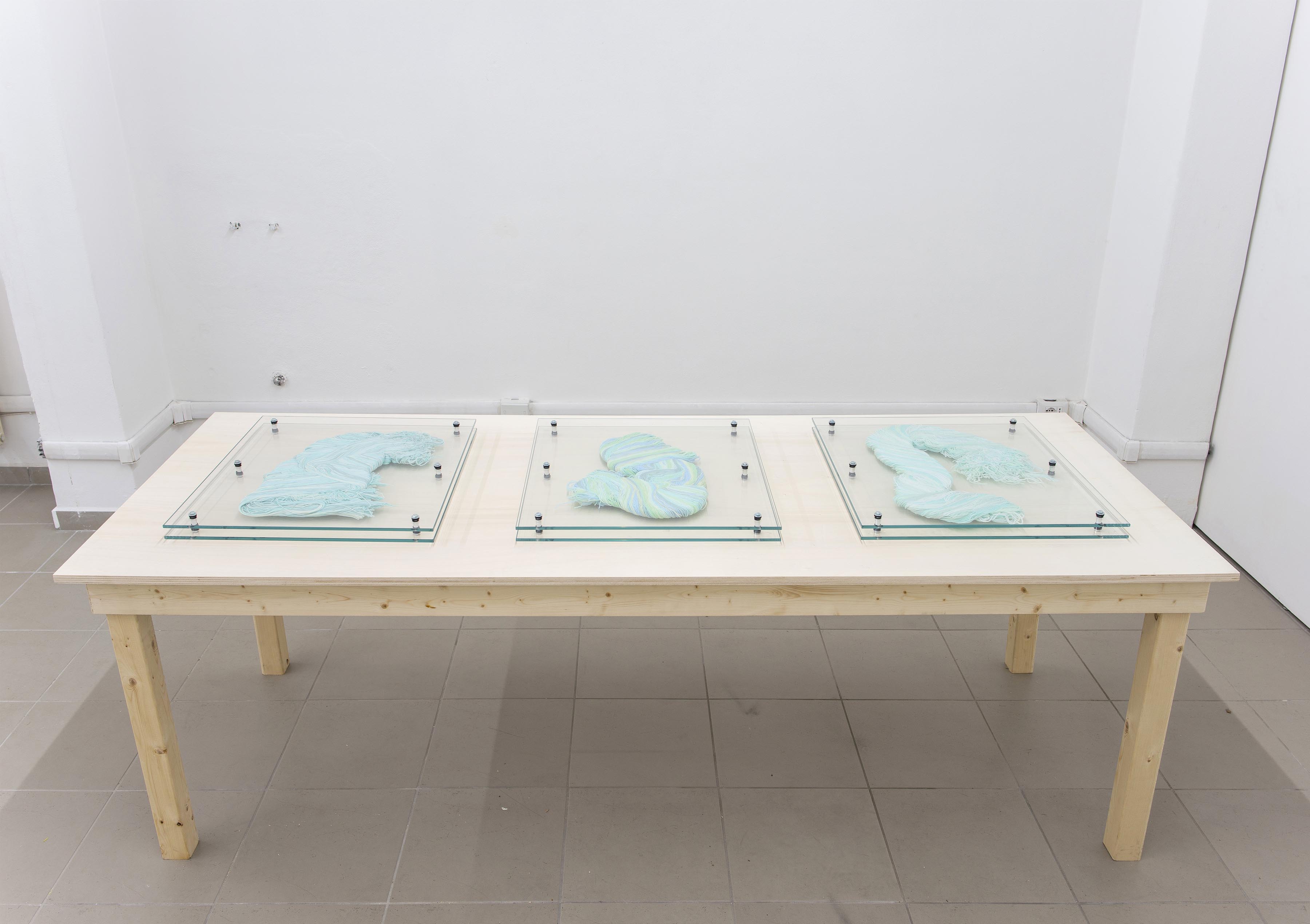 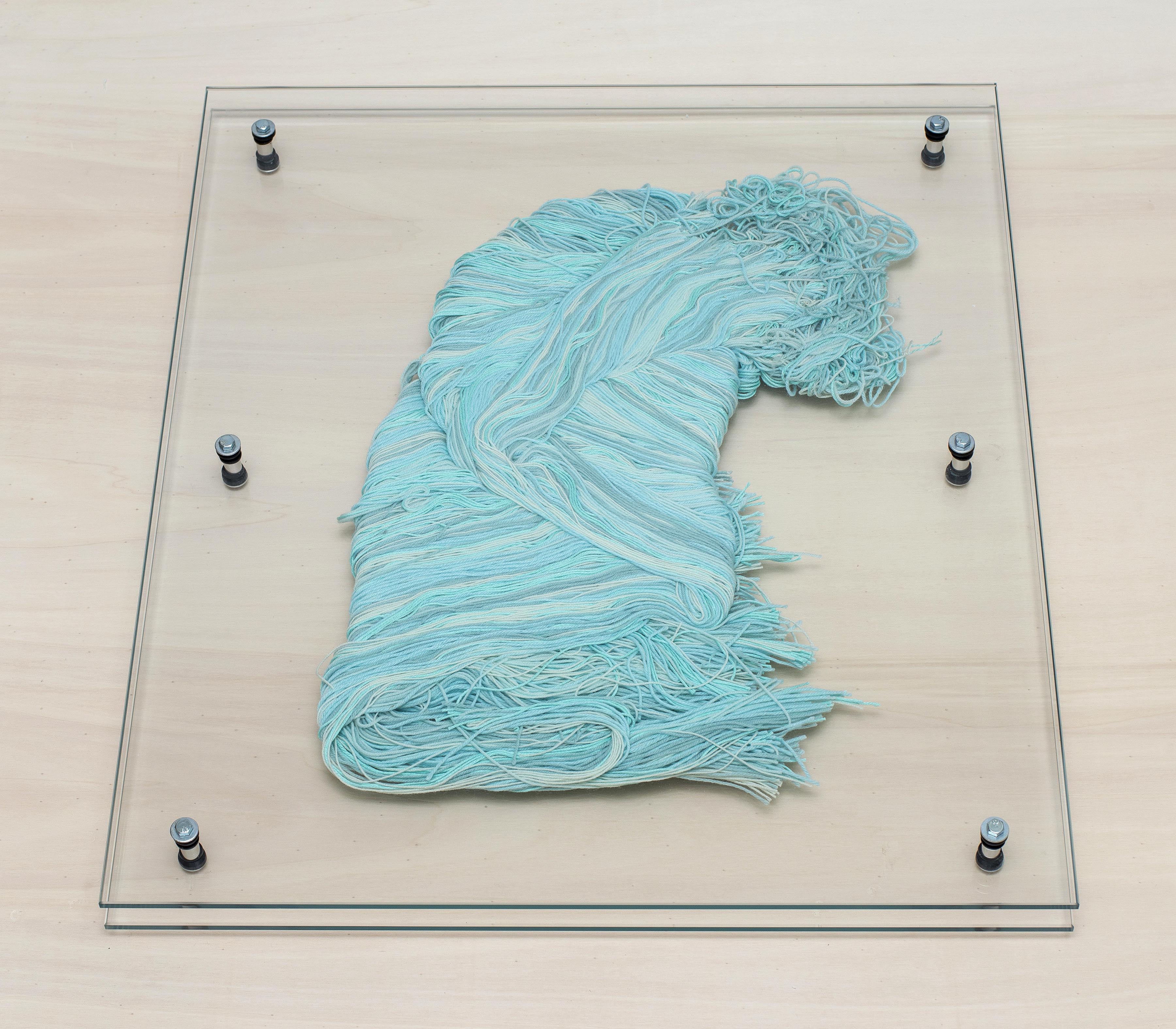 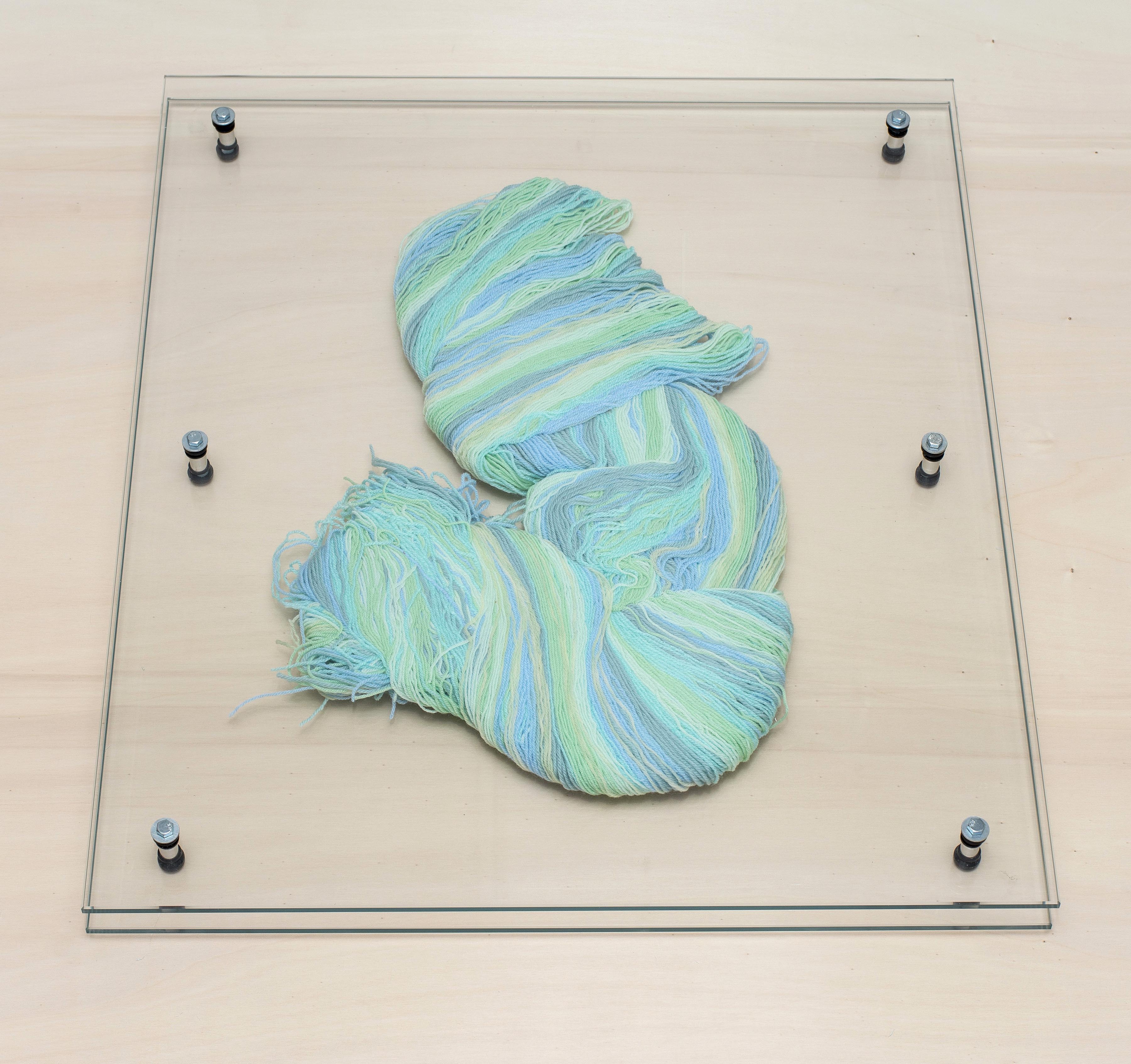 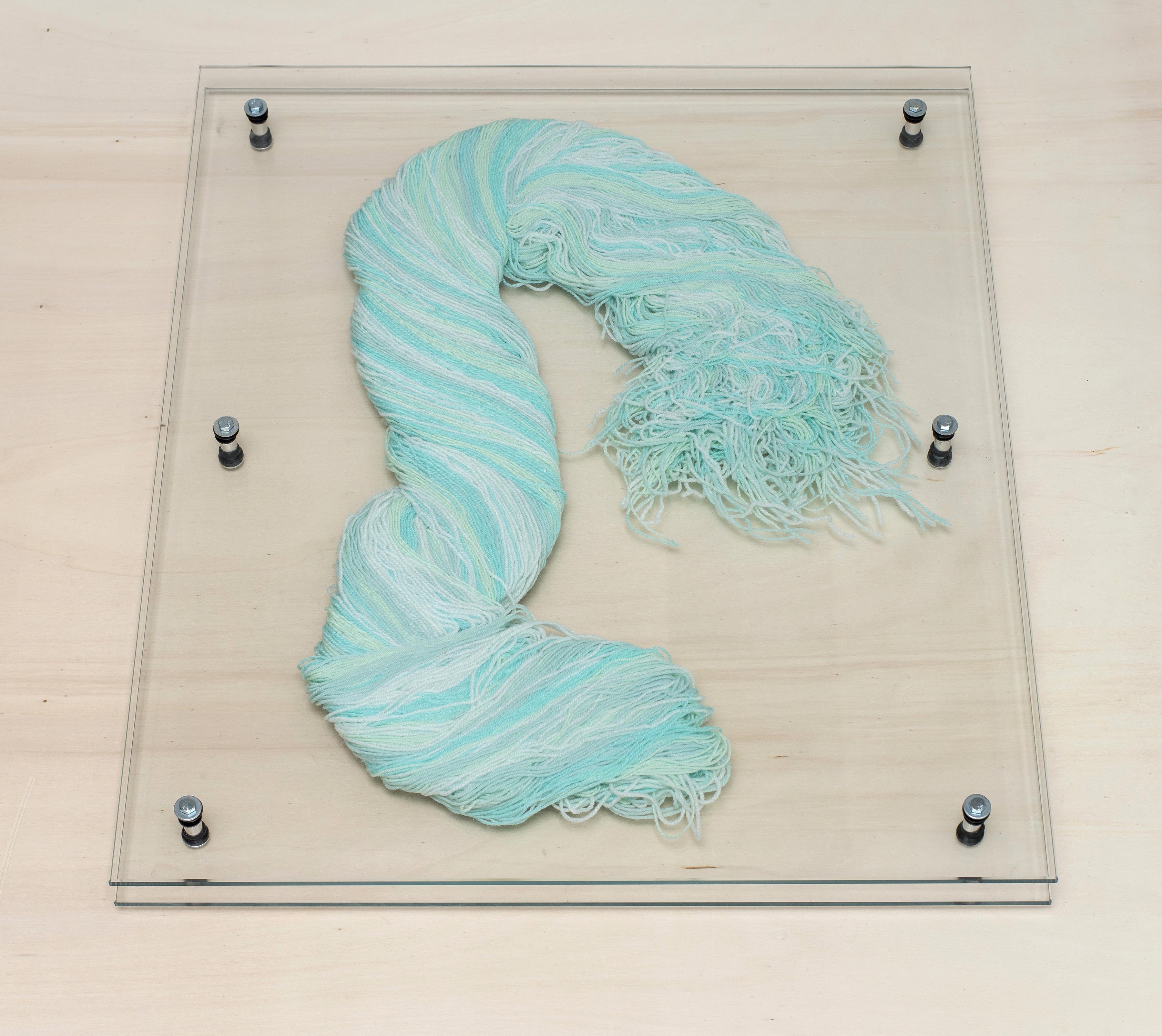 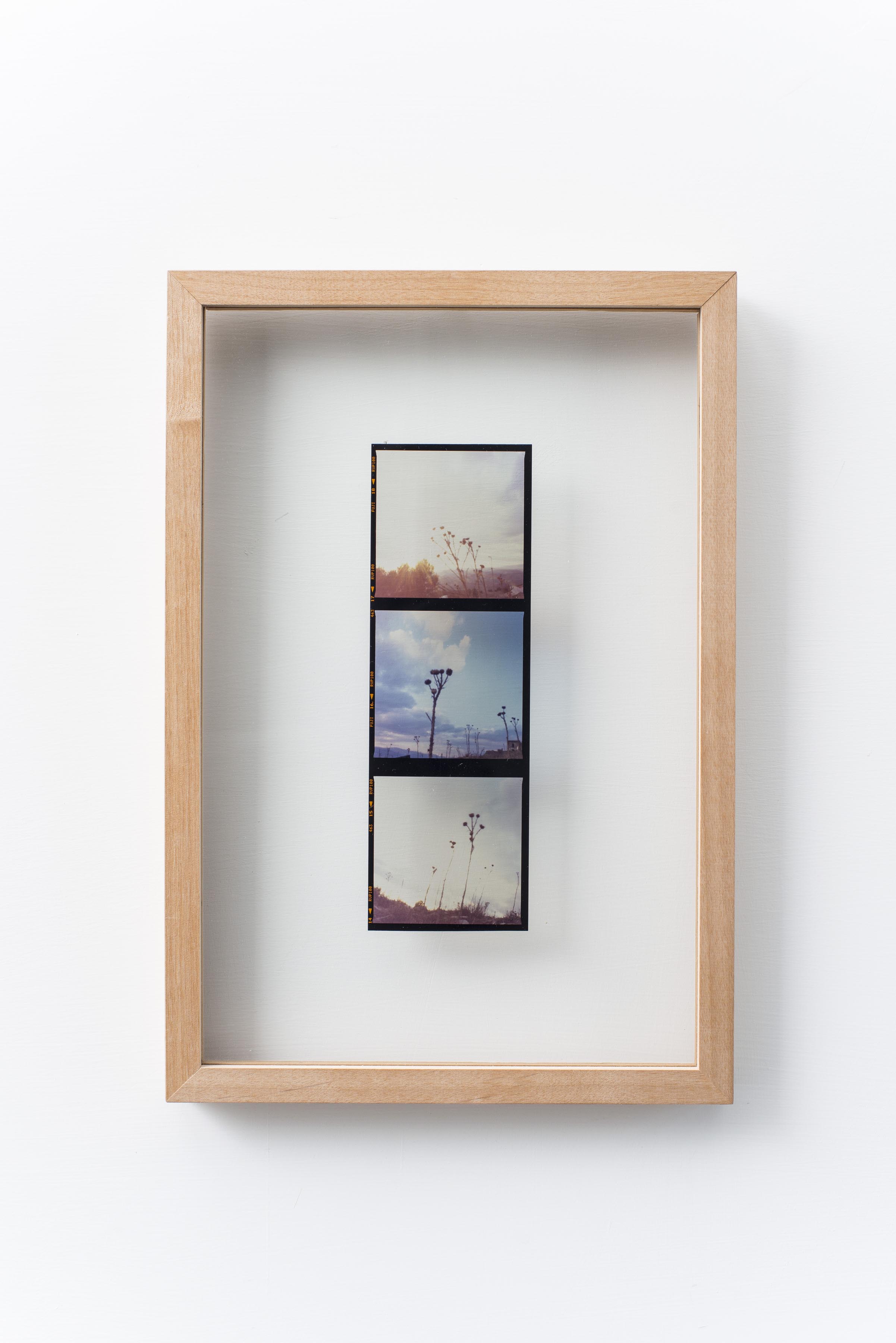 It is very sad to think that a work of art can be a precipitate. Nevertheless, it frequently happens that the viewer is in front of an object that represents the outcome of a process, whether it be intellectual or physical, a gesture that is like a reflection: basically an artifact full of that complacency for being the arrow that hit the target; and promptly a petered out object, dumb and macho. The artist releases his work so that the viewers can lovingly admire it; and he enjoys looking at them as they chase after the transubstantiation of the dumb and macho object in cultural portato: historically determined, fundamental so that others will understand the existential turning point of an entire community of individuals, metaphor of absolute artistic deontology, and so forth.

In front of the work of art, the beholder is slowly sucked into the quagmire of rhetoric; whereas, the other, the artist, puts on the grin of winner on his face. “I do not know what is more difficult, whether being the defeated or the winner; however I know one thing for sure, that the human value of the defeated is superior to that of the winners’.” Italian writer Curzio Malaparte concluded one of his books, The Skin, by declaring the shameful nature of victory. He would then strengthen his conclusion showing a Christian affection towards the defeated: “Over the last few years, I have travelled, often, and for a long time, in the countries of the defeated and of the winners’, yet the place where I feel better is among the defeated. This is not because I enjoy watching other people’s misery, and humiliation, but because man becomes tolerable, acceptable, only in misery and in humiliation. The man living in fortune, the man sitting on the throne of his pride, of his power, of his happiness, the man robed in frills and his winner’s insolence, is a repulsive show.”

I personally imagine the work of art as the ocean liner’s hull that was sheared off by the iceberg; a prop that helps the viewer become aware of an existence, which though not tragic, or farcical, is certainly epic. Inborn to the manipulation of the material, as well as to the exploration of the artistic medium, or to the codification of an aesthetic language, this is how the challenge to the formalization of a feeling would be; one that does not give birth to the reproduction of the echo of a laughter, or the freezing of a tear; but a form comparable to the cast of the horror vacui that two bodies experience after the sexual intercourse; or an icastic image like the ceramic tile representing a station of the Way of the Cross. It is likewise sad to think that the work of art can be the precipitate of a feeling…. However, here it finds its compromised indexical nature: it becomes the sign of an intangi­ble motion, the fossil of an inner experience, the shadow of a ghost.

Italian artist Matteo Nasini is perhaps a defeated. Now, a lot of people would interpret such statement literally: an emerging artist, born in 1976, brought up and based in Italy, is neither a sturdy thoroughbred on whom traders would bet, nor the next big thing that would fuel the yakety-yak across the art system… Nasini’s artistic production has in fact emerged in a relatively recent past, when the artist boasted a ten years’ experience as a double bassist, a profession he abandoned to nourish sensitivities more consistent with the field of the visual arts.

A key to interpret Nasini’s production maybe lies in the fact that the artist did not study art, but music, which has always been a sincere language, never guilty of arrogance, and which on the contrary stimulates empathy among its lovers… Such are the works by Nasini: paltry and humble as they use poor materials and resort to old techniques; naïve not because they lack virtuosity, but because they ex­plore forms and oneiric imageries or deliver an everyday magic; romantic like the pages of a sentimental diary – fossils of inner experiences, created to dispel the pain or to unveil the joy.

Matteo Nasini’s research is based on two artistic media: sound and drawing. As it often happens with complex artists, who however possess the maturity to structure their own production in order to develop it on distinct typological and thematic fronts, sound and drawing rarely coexist in the same work, as they generate different outputs: the first brings forth musical sculptures, sound installations and performances; whereas the second produces tapestries. On the other hand, photography plays a tran­sversal and peripheral role, as it is cultivated daily for documentary intent, but always ready to elevate to art when a certain shot prevails over the others because of a shift in meaning.

Sound artworks, tapestries, and photographs – in their widely varied forms – are not therefore released so that the viewers can discover flashes of their life experiences in the artist’s own past. The audience is instead invited to employ all his rhetorical skills; and to finally witness the surrender of any interpretative tools in front of those artworks that do not aim to be metaphors of the most inner feelings, but to quell an attitude that those feelings contributed to express. Nasini’s artworks, for example, boast bashfulness: the performance of a musical improvisation is left to the wind (the resonators of the series “Sculture eoliche”, 2008 – currently on view); the drawings are released only after a camouflage of their nature (tapestries such as Piango rosa, 2010, or Le cose non crescono al buio, 2012); the performance of a solemn musical theme ventures cacophony (the Stan performan­ce , 2012). The traditional artistic themes that recur here – decoration, landscape art, debate between high and low culture, etc. – are like the armour that protects the frail body; to undress it requires only extreme acts such as an abuse of power or the creation of an exclusive intimacy.

I invite the audience to feel like Matteo feels. Especially on the event that this essay introduces: the artist’s first solo show held as part of the Ermes project in Rome (Italy). The exhibition presents a selection of art works which explore the expressive qualities of the wool, accompanied by some photographs that suggest a semantic frame of the main works, as they are used to fade in and fade out the presentation. There are no sounds in the space; and that field of Nasini’s production is left to the photograph of a bro­ken aeolian resonator (Land, 2014). This is in fact an exhibition which features only images, rather palpable, rather fathomable, as is the memory of our dreams as we awake.

The piece from which the show takes its name (Sleepy Night, 2014) is a tapestry that stands out for its strong sculptural structure. It represents a starry sky falling down on a mountain and shrouding its shape. It is an image that seems to belong to an ancestral fairy tale, an apocalyptic myth about the disarray of the world, and which nevertheless originates from the pure imagination of the artist – another output generated by the need to dissipate a melancholic layer of the soul and, through an accurate, feminine and archaic performance, to reestablish the ingredient of delicacy as a critical factor.

The objects presented in the show are delicate, fragile, weak – whose ichnographic references oscillate between art brut and proto-abstract art. If, on the one hand, artworks such as Le cose non crescono al buio evoke the painters working in the style of naïve art, other artworks such as Line (2014) evoke those avant-garde attempts to abstract the landscape into synthetic images, built by following a spiritualist perception of nature, rather than visual parameters … Likewise, the artworks from the series “Movimento” (2014) originate from small gestures that, far from boasting a dramatic instinctiveness, pursue the organized structure of a choreo­graphy – if we look at them from above, they appear like satellite imagery of the Earth, or fossils, again, representations for which the distance, either spatial or temporal, provides grace to a subject that dwells in the unknown. Line and Movimento #1, #2, and #3 are poor abstractions: the materials employed are as paltry and humble as the choices that have led to their creations. Today, in fact, only an artist who is a defeated would refuse an in-depth analysis of the painting medium in the planning of his own produc­tion… Matteo Nasini is, as such, a non-painter but an artist who, by the way he portrays the distress of his own soul, suggests an attitude towards art nourished by a profound humanism.

Ermes at The Gallery Apart