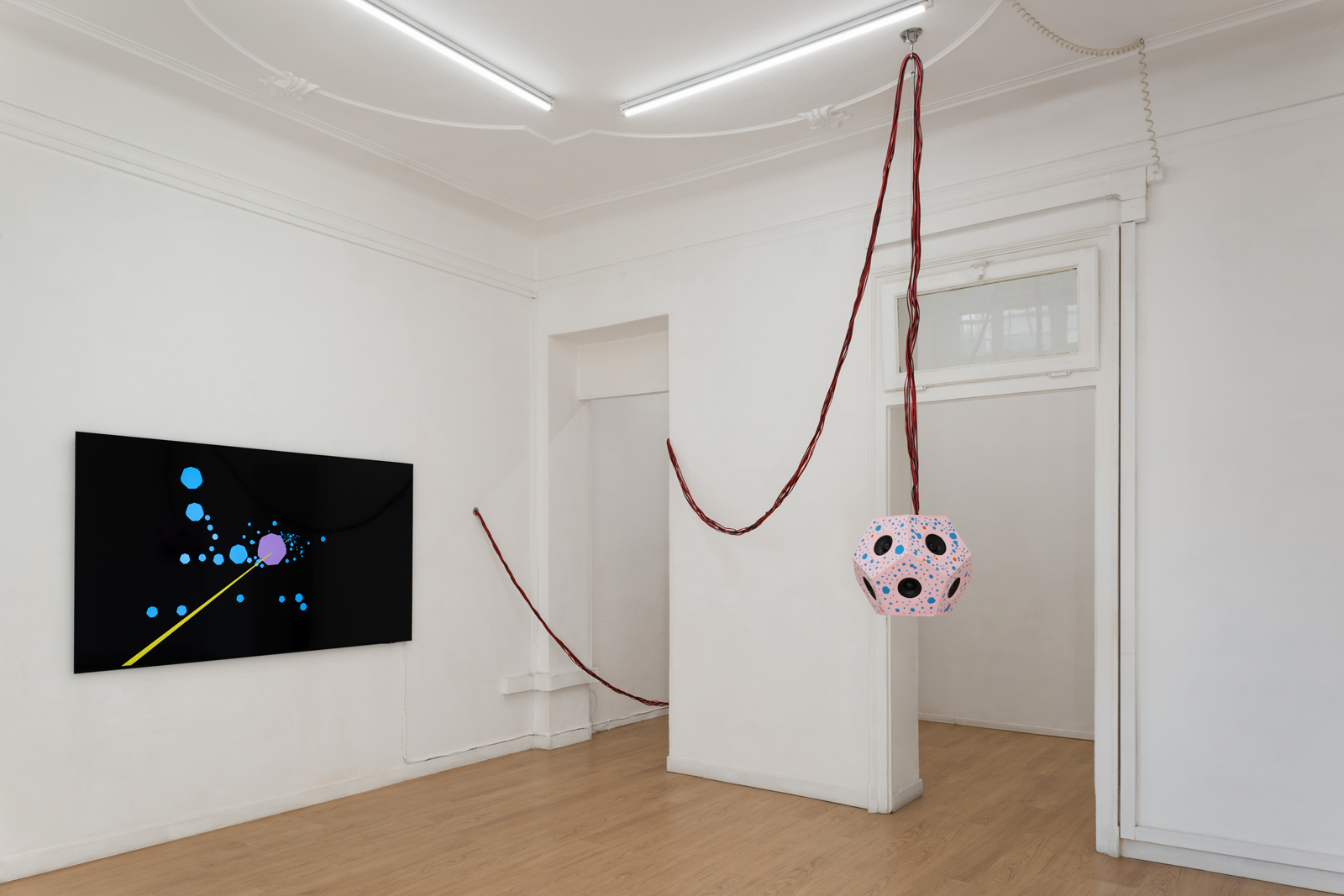 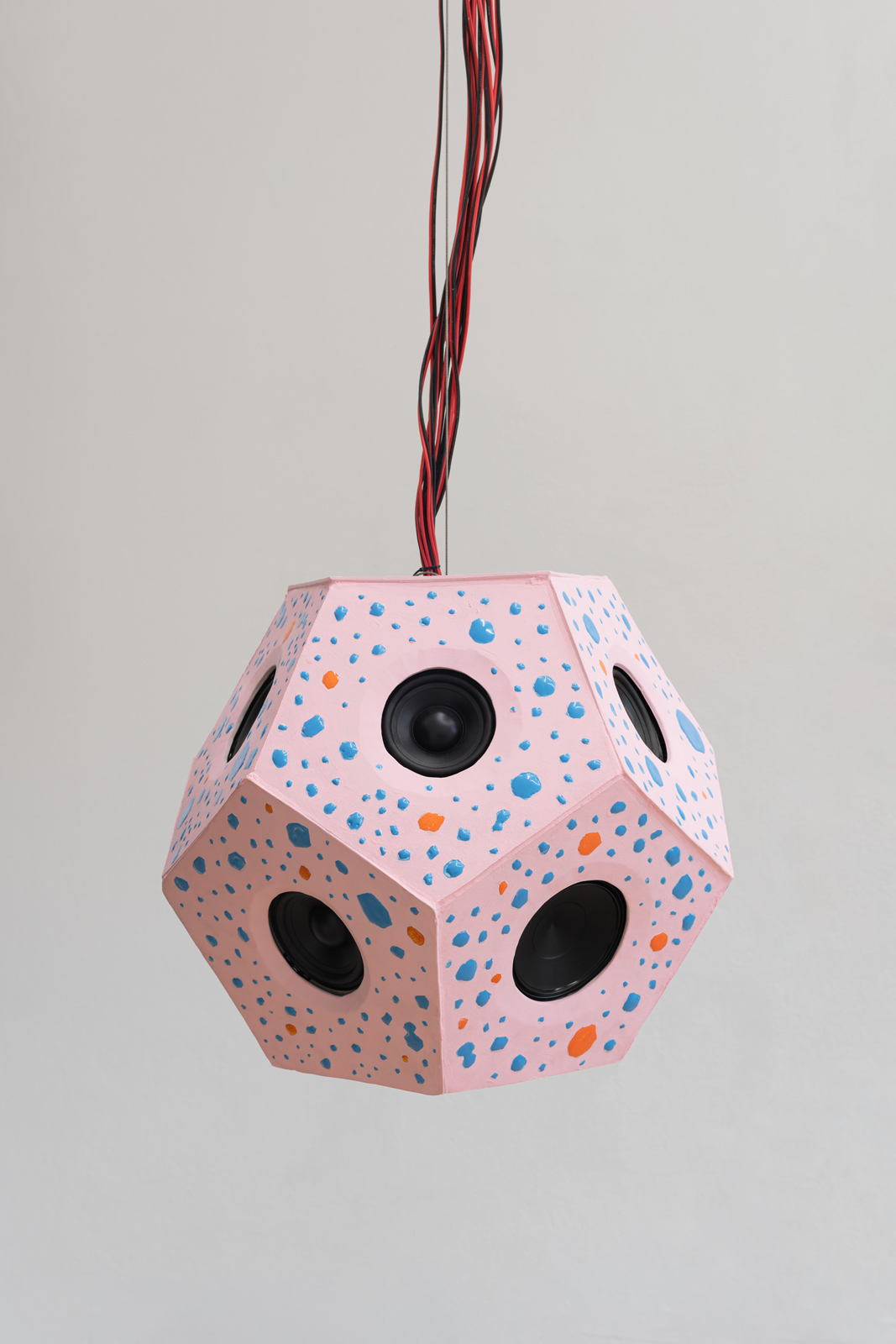 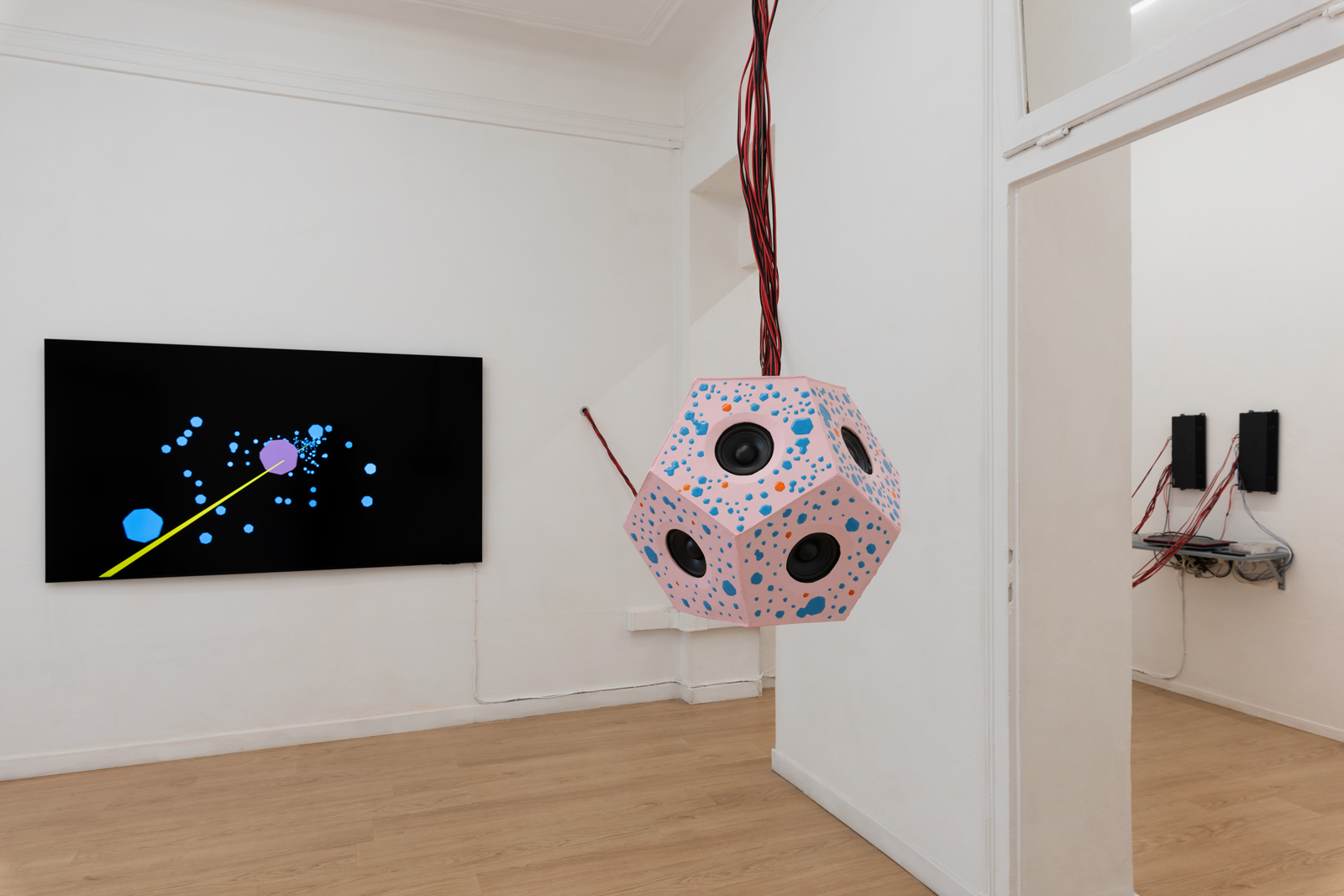 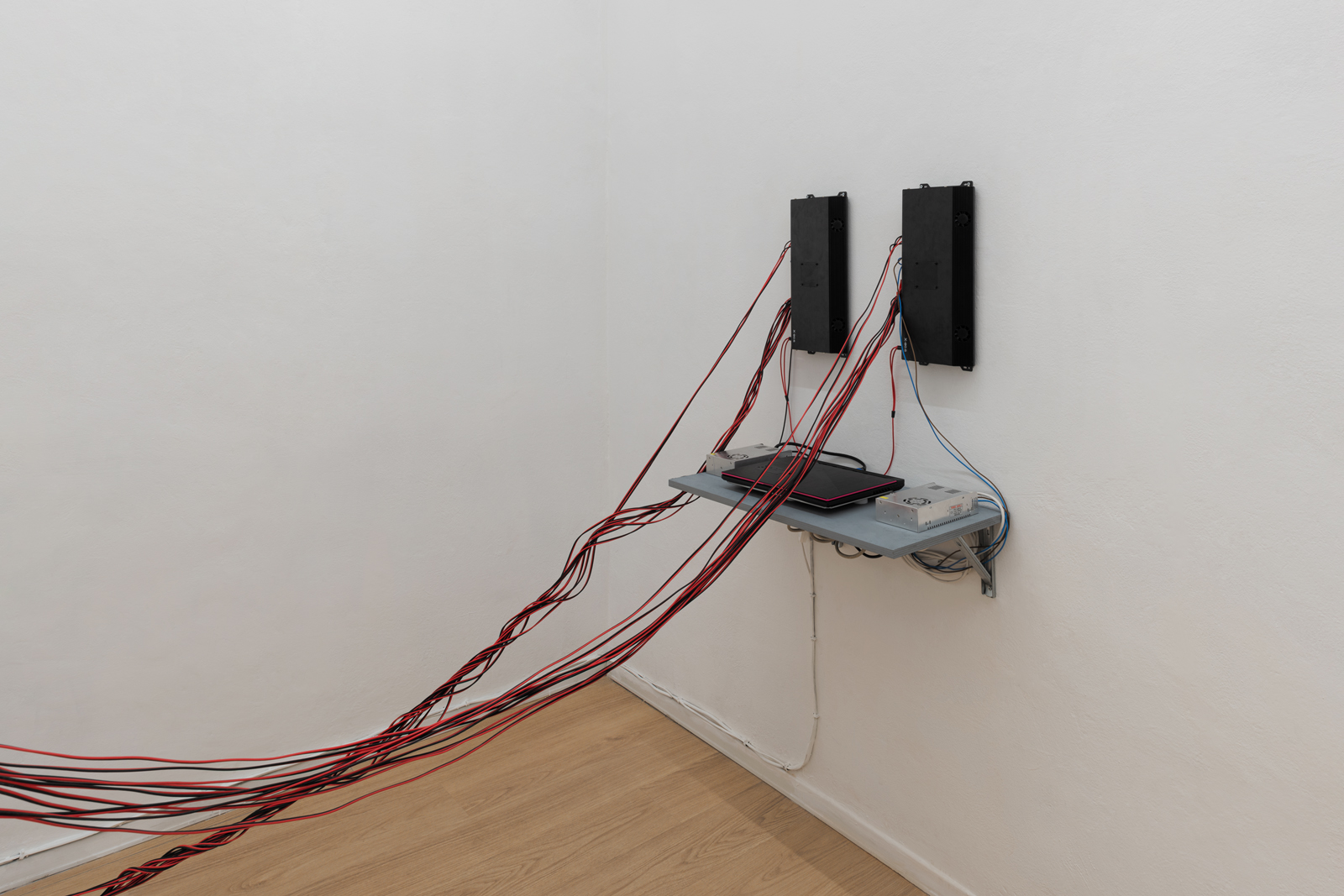 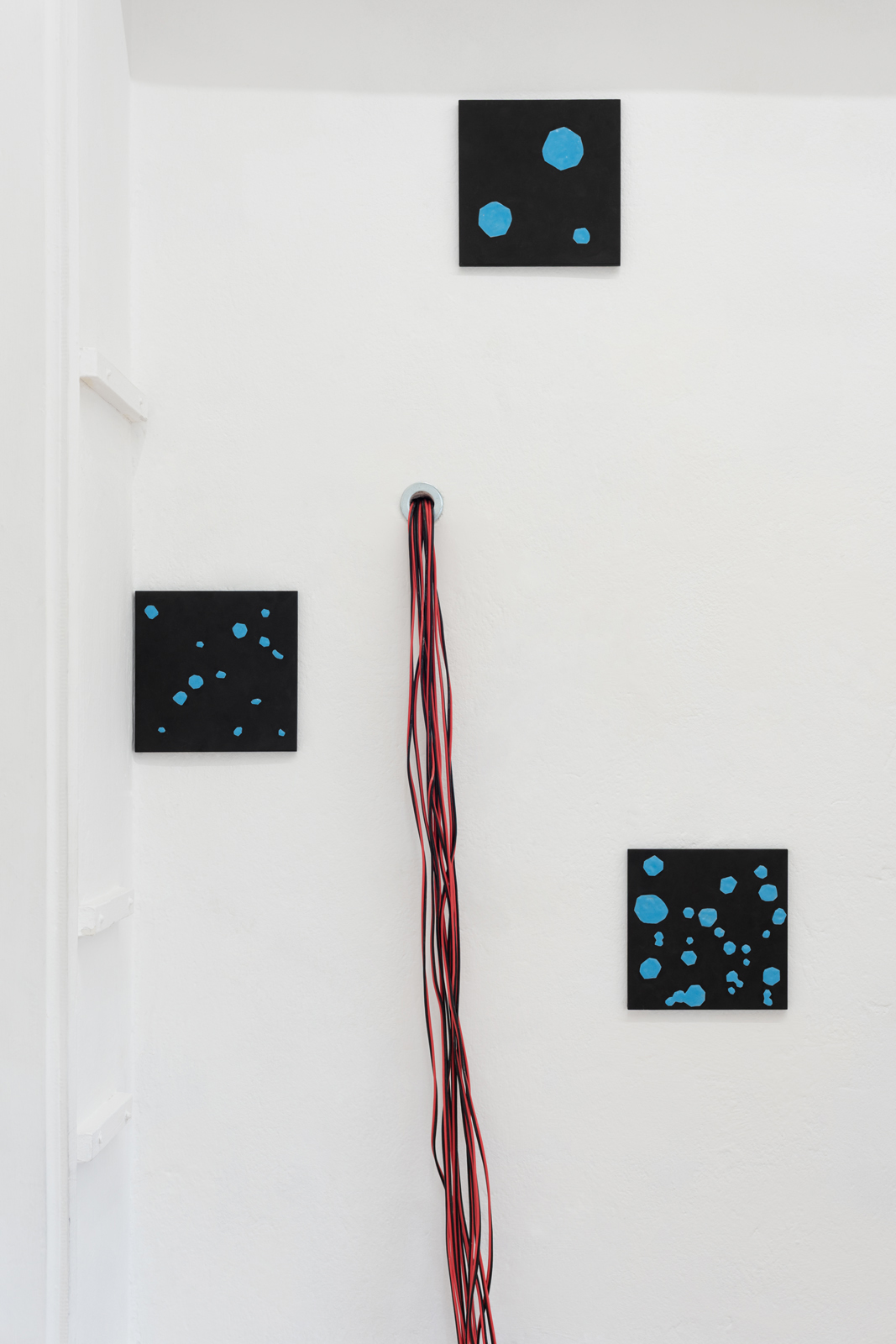 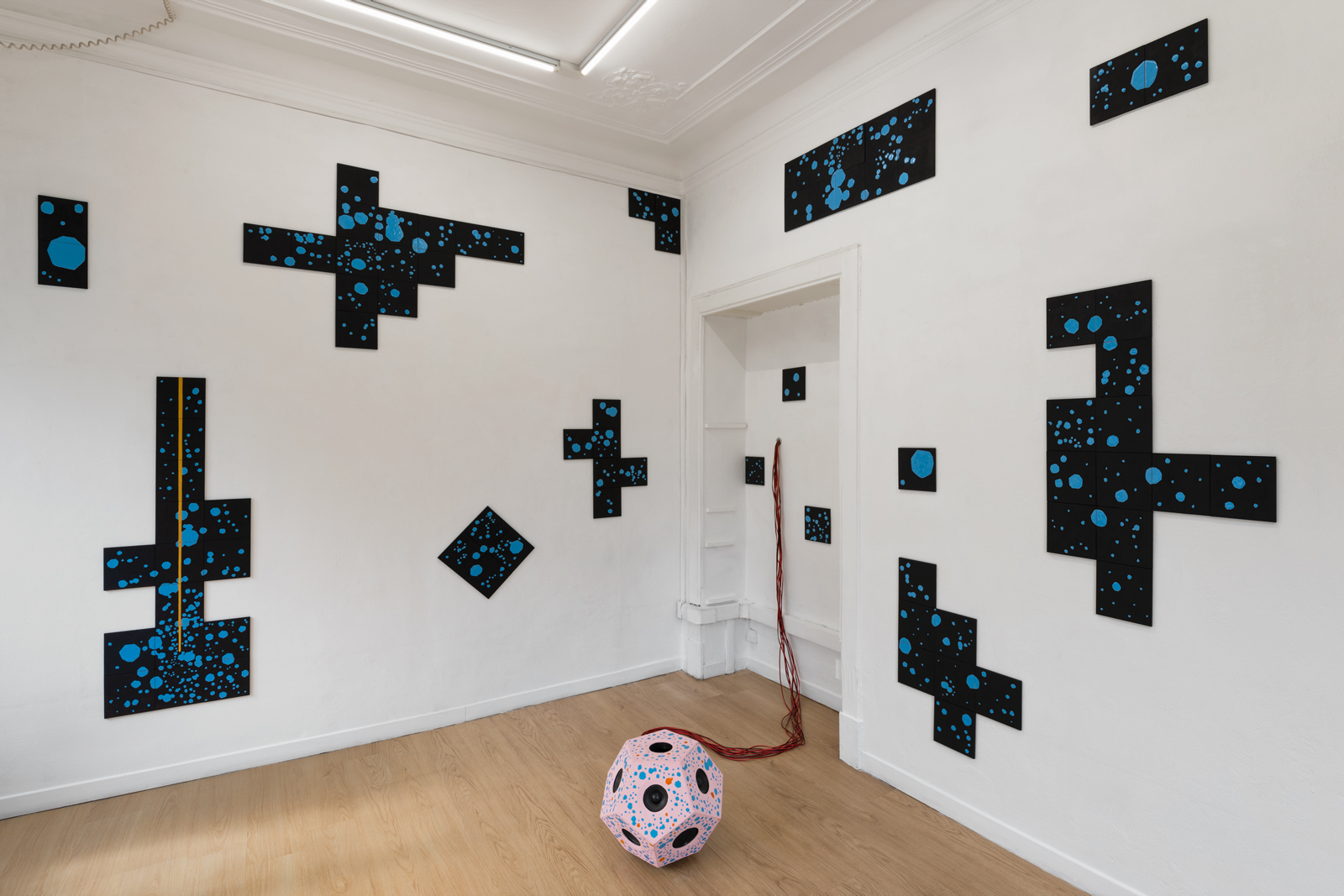 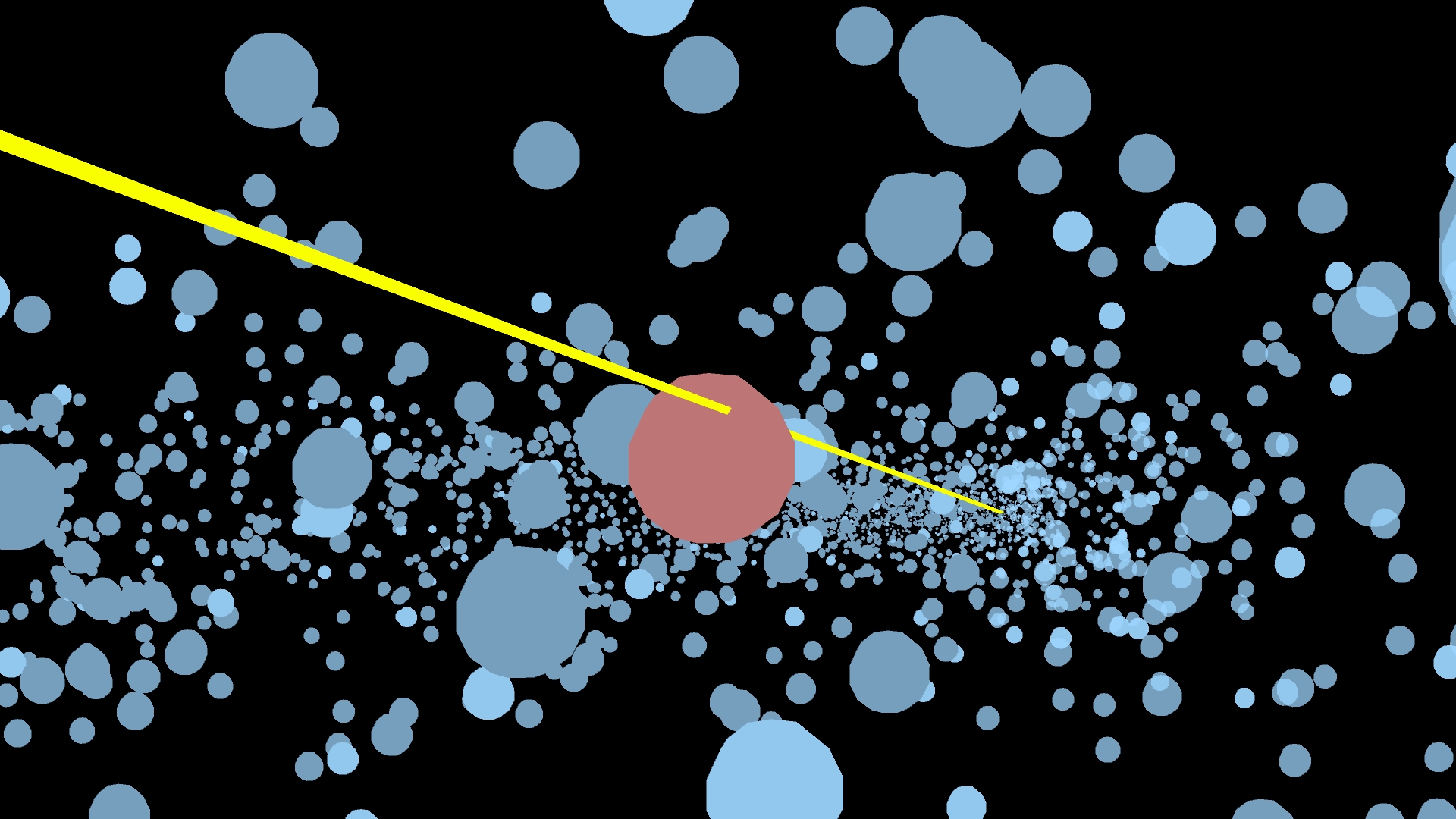 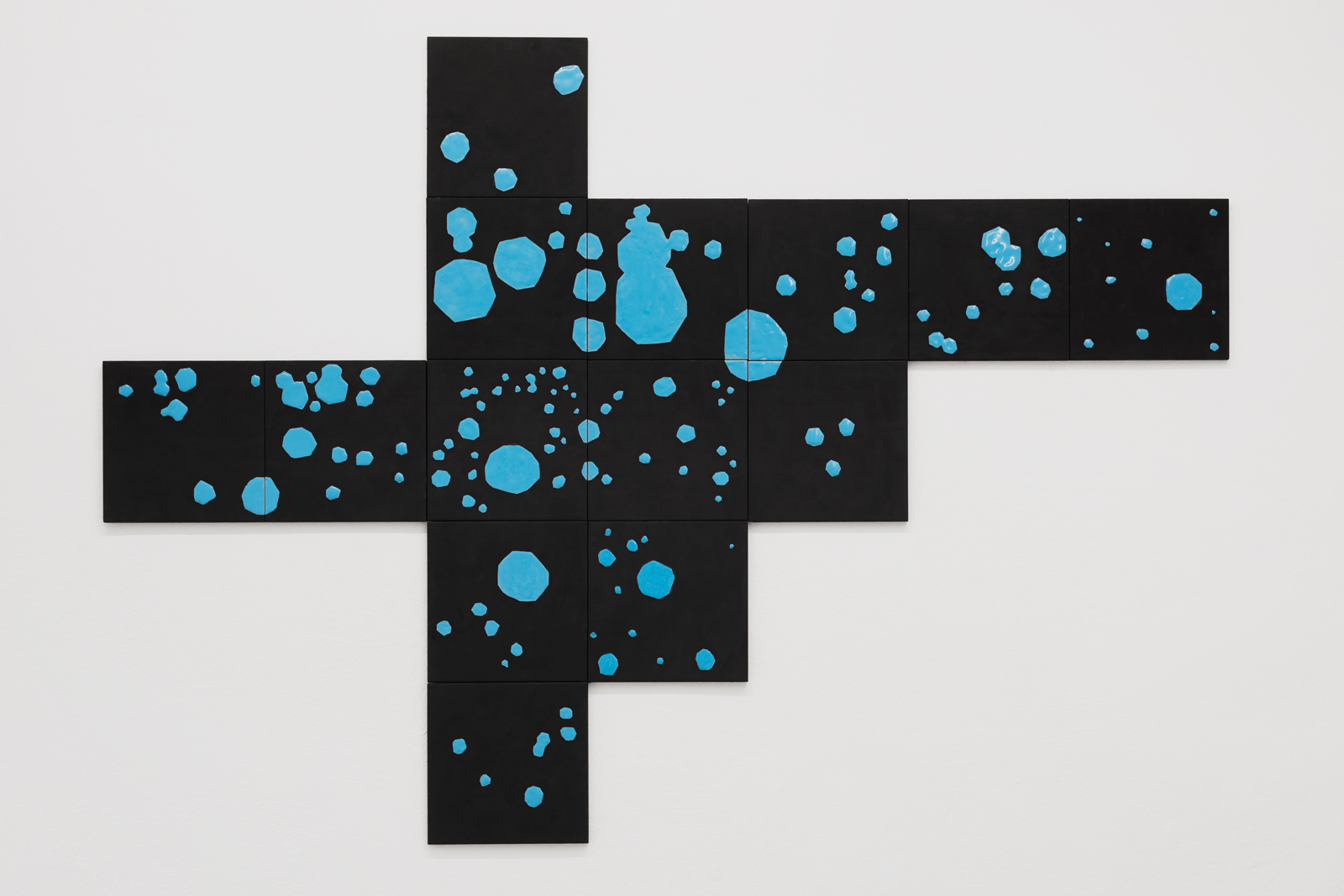 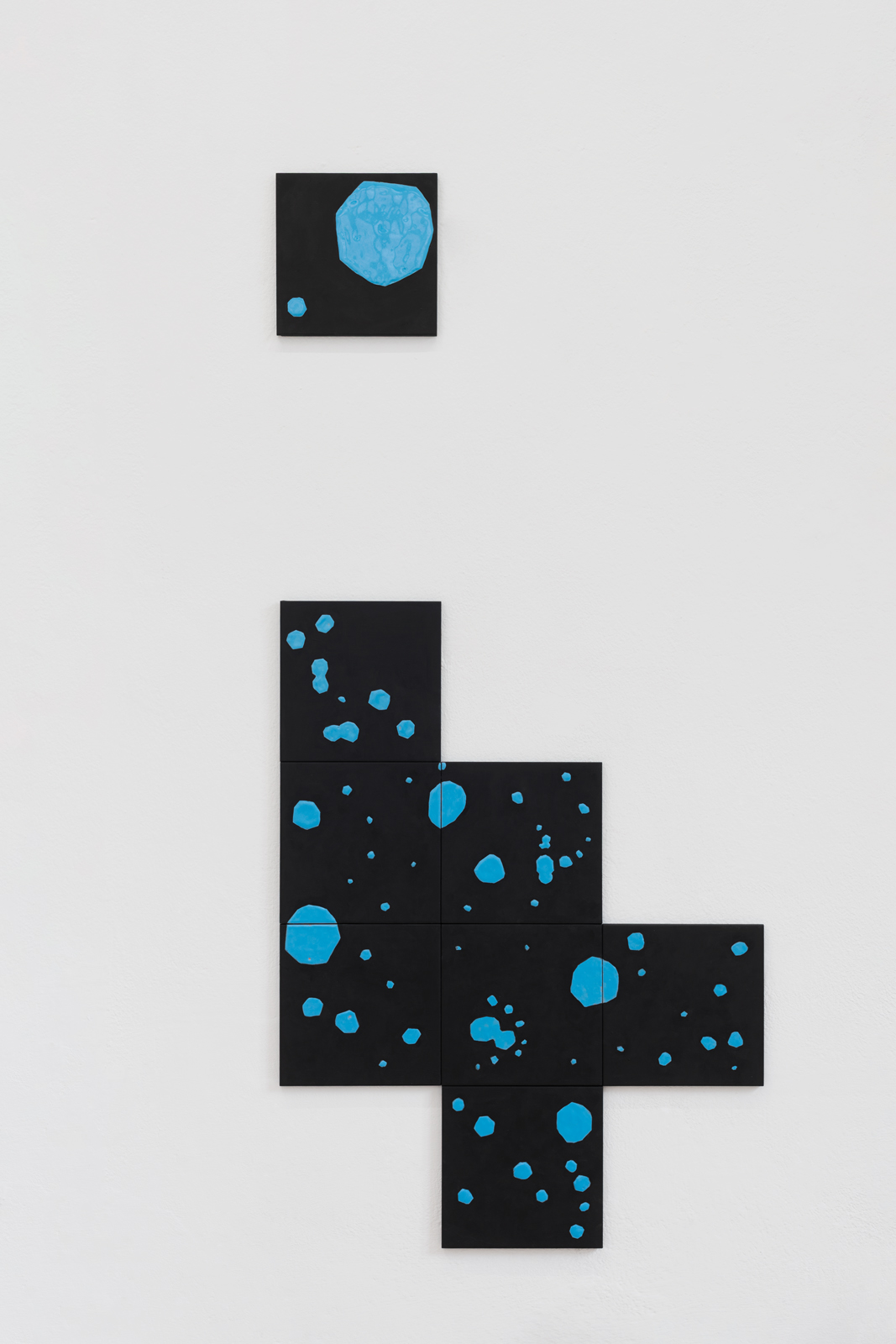 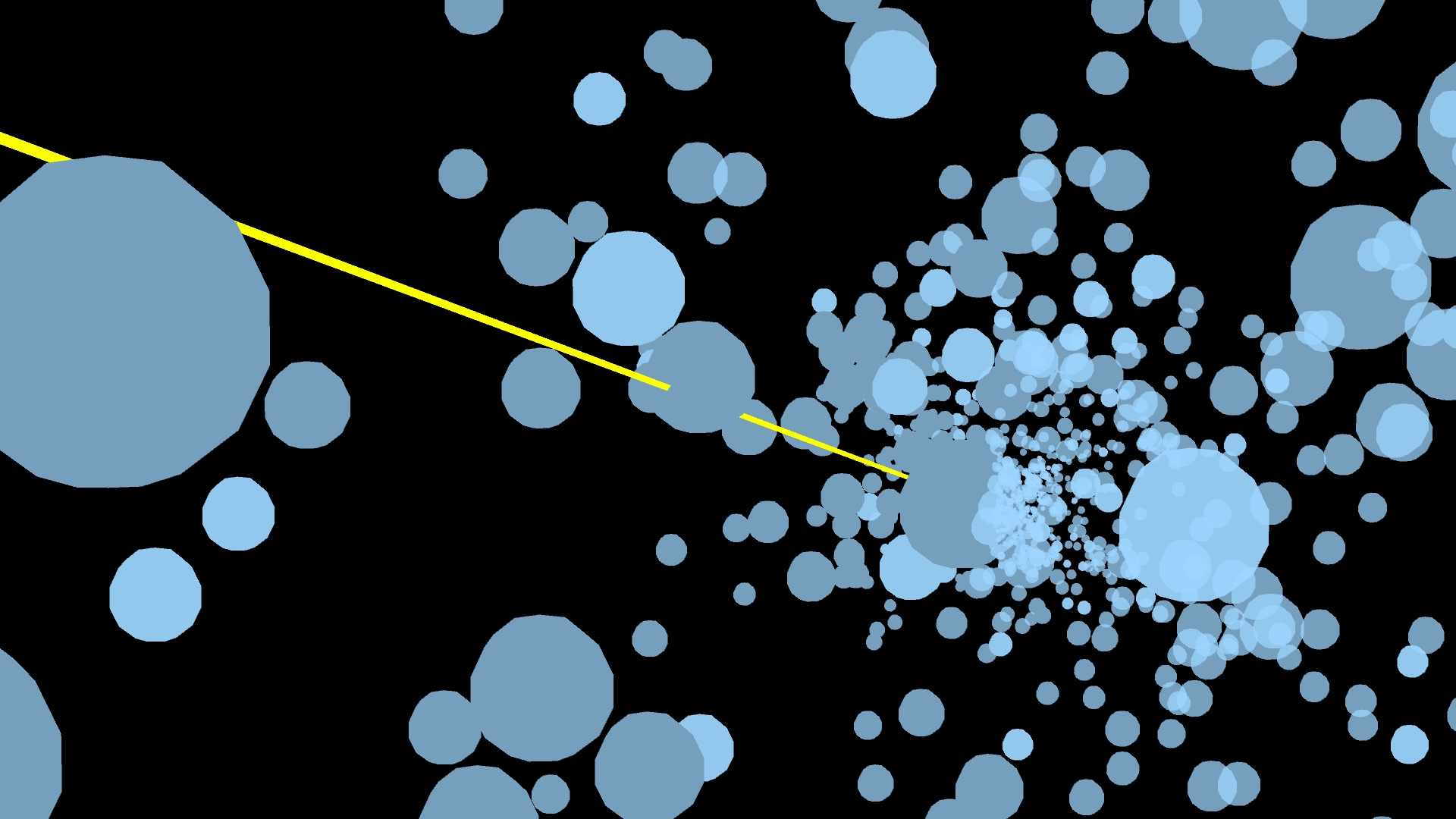 Welcome Wanderer is an installation capable of translating the motion of the billions of stars of the Milky Way that transit above it into an automatic musical composition.
Through the universal language of music, the installation intends to highlight the isolation of ourplanet from the rest of the Galaxy. The harmonies generated by the inspection of Space are
expressed through the human voice in the form of polyphonic chant, metaphor and reflection of all humanity in its journey across the unknown.

Welcome, Wanderer!
We are on planet Earth. It’s a humid and very crowded place. In summer it’s hot, in winter it’s cold. Right now, for one reason or another, the dominant species is the human race. The human being is a type of mammal that self-regulates through intersubjective tales, tales that are reported as true only as long as a large number of human beings believe they are. At this time, the most credited tales on Earth are money, religion and nationalism. The human being has the tendency to physically eliminate those who contradict such stories.
We are in Milan. The air is heavy with the fumes of the numerous hydrocarbon combustions, but the dreamy and indifferent calm of the rain occasionally renders its purity.
We are in an art gallery. It is a place to showcase artworks, which are things created by artists. Generally speaking, those things tend, sometimes surprisingly, to predict the unfolding and twisting of the above-mentioned tales. This implies that galleries are often eyed with suspicion and distrust by the human population.
Before and around you, dear Wanderer, you have an artwork that turns the movement of the stars into music. This is how it works: in the silicon components of a computer a huge amount of information has been imprinted about the position, temperature, luminosity, gravity, chemical composition and so on, of a billion and seven hundred million celestial bodies. This implies that, in a sense, the computer knows everything that at present is possible to know about them. This series of information was gathered from the measurements collected by a satellite called GAIA. In the computer there is also a program, which is a complex sequence of instructions used to manage the electrical signals within it. These instructions combine the information of each star with the information of a given position on Earth. Assuming that the continuous crossing of data constitutes the computer’s imagination, it is as if at that given position appeared a perpendicular line as long as the entire galaxy. In terms of electronic imagination, whenever a celestial body touches this line, the computer communicates it to another part of the program, which translates the information into music score. The computer’s imagination has been specially coordinated with the time and space in which this art gallery is located, and it is set to reflect and render, in the form of sound, the encounter between the planet Earth and the wandering stars of the Milky Way.
Oh happy Wanderer, this occurrence is not rare at all: twelve million stars pass above Milan every day, and none of them fall. The music score is performed through various timbres of human voice, here no longer employed in the transmission, attack or defense of fickle intersubjective tales designed to withstand the unknowable heaviness of the void, but as a connection between the continuous celestial movement and the apparent earth’s immobility. For human beings, the Universe is not made up of atoms, but of stories. That’s why the artwork you’re listening to has no word. And as you listen, oh sweet Wanderer, enter the listening and become listen. Only this way you will be able to realize the vastness of the spaces without sound that inhabit our connected gravitation, and to give the right value to the unknowable process that made matter material, and, as your distant sister, mother, ancestor, to recognize it in its playing. We are the breath of the stars, wandering fruits of a random cosmic fluctuation in an untold immeasurable process that has no purpose.
Sweet Wanderer, the star that, calling her ride, briefly shone on the hour of our meeting must continue on its long wandering, and if you have followed me so far, you will agree that it is without regret, remorse or sadness that we will watch it pass. Life is mere opinion, and the universe, change.