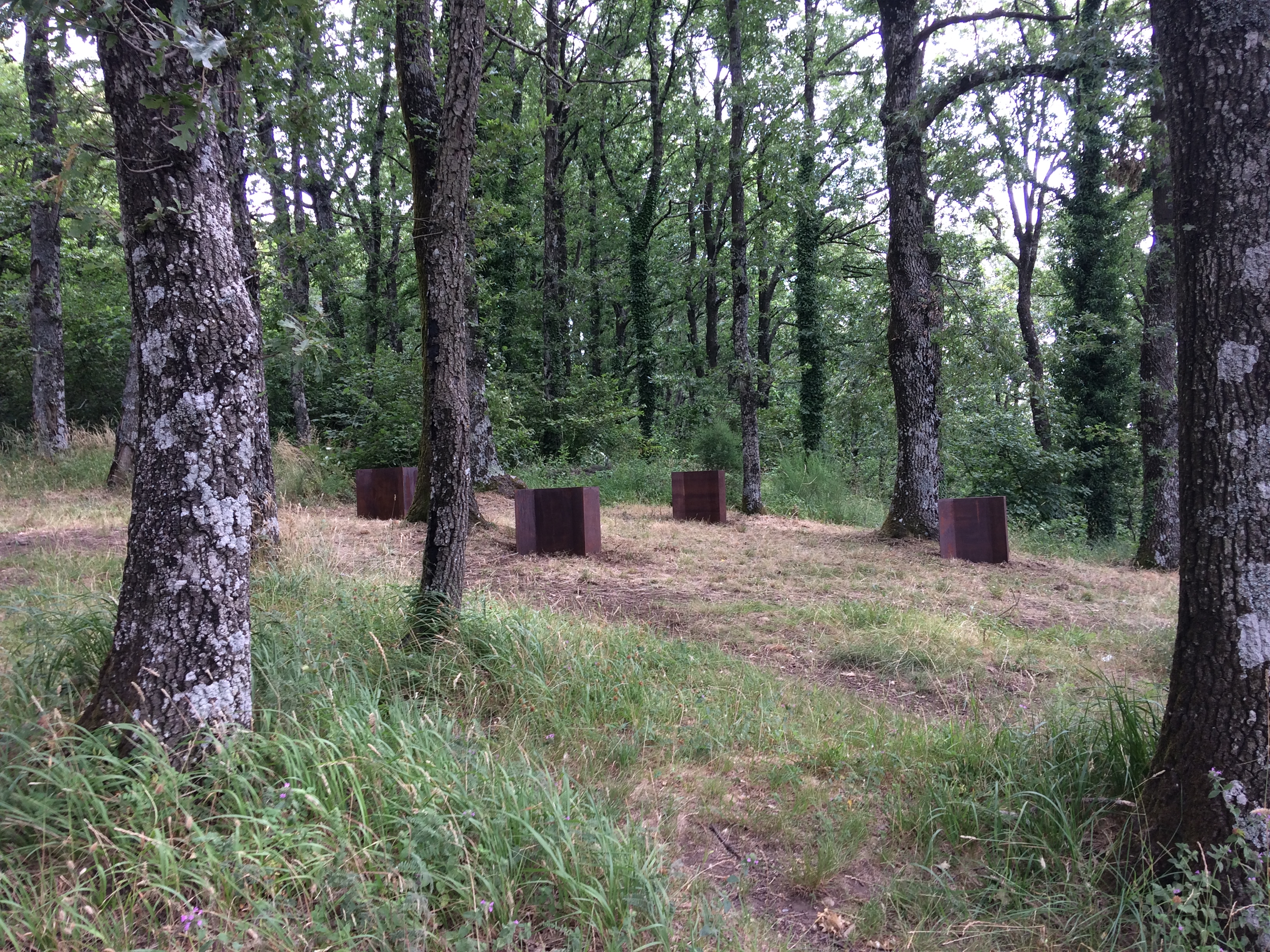 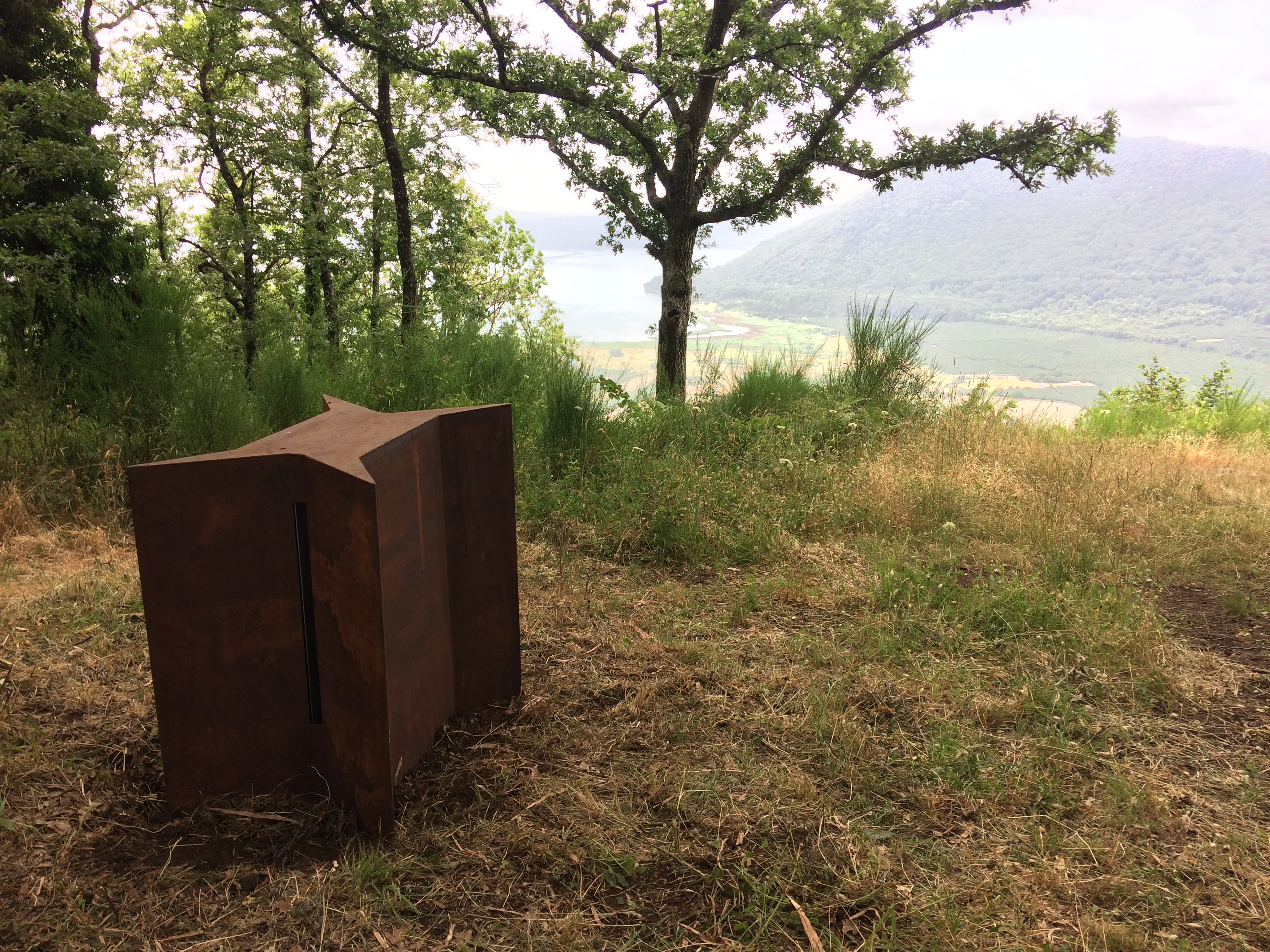 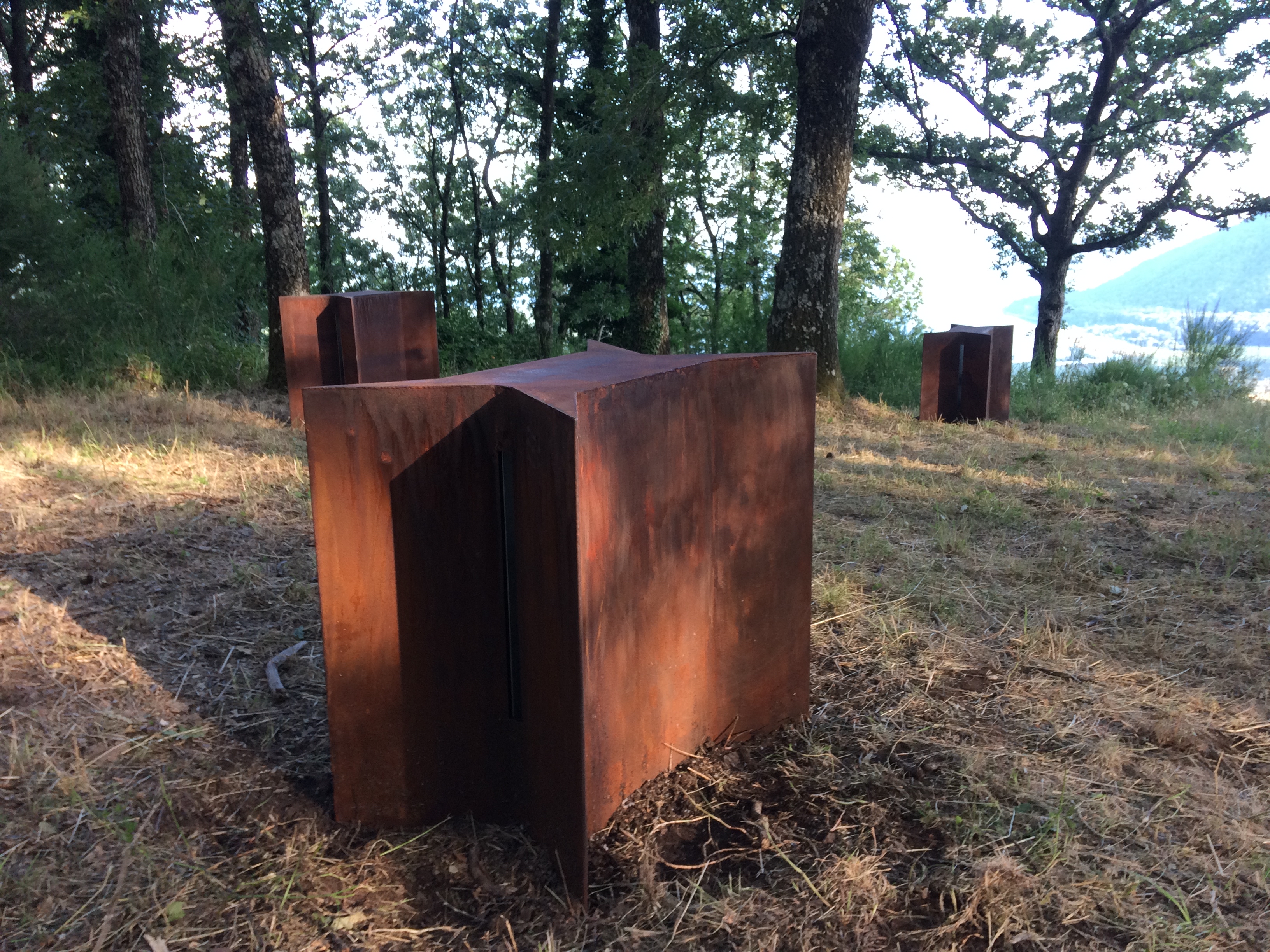 Campo Sintonico is a permanent installation composed of four sound sculptures in corten
steel arranged to form an acoustic perimeter, within the forest of the Nature Reserve of Lake Vico.
The sound is generated by exploiting the acoustic phenomenon of the excitation of strings stretched on sound boxes by the moving air. The frequencies emitted by these sculptures express
a sound set by man but managed by the unpredictability of the natural element, giving back a harmonic and at the same time alien sound.
The ambiguity of this acoustics form has its expressive potential in the ability to be able to evoke in a way that can be associated with the musical experience, maintaining a deeply distant
and elusive behavior in total detachment from human possibilities. The listening experience of these sound objects is strongly influenced by the environmental
context: the absence of wind, silence, with the arrival of the currents produces a sound that has no beginning but rises from the inaudible frequencies, returning an experience of a contemplative
nature where space, from a simple place, is transformed into a generator of sound, as it is the morphological characteristics of the terrain that define the course of the winds.