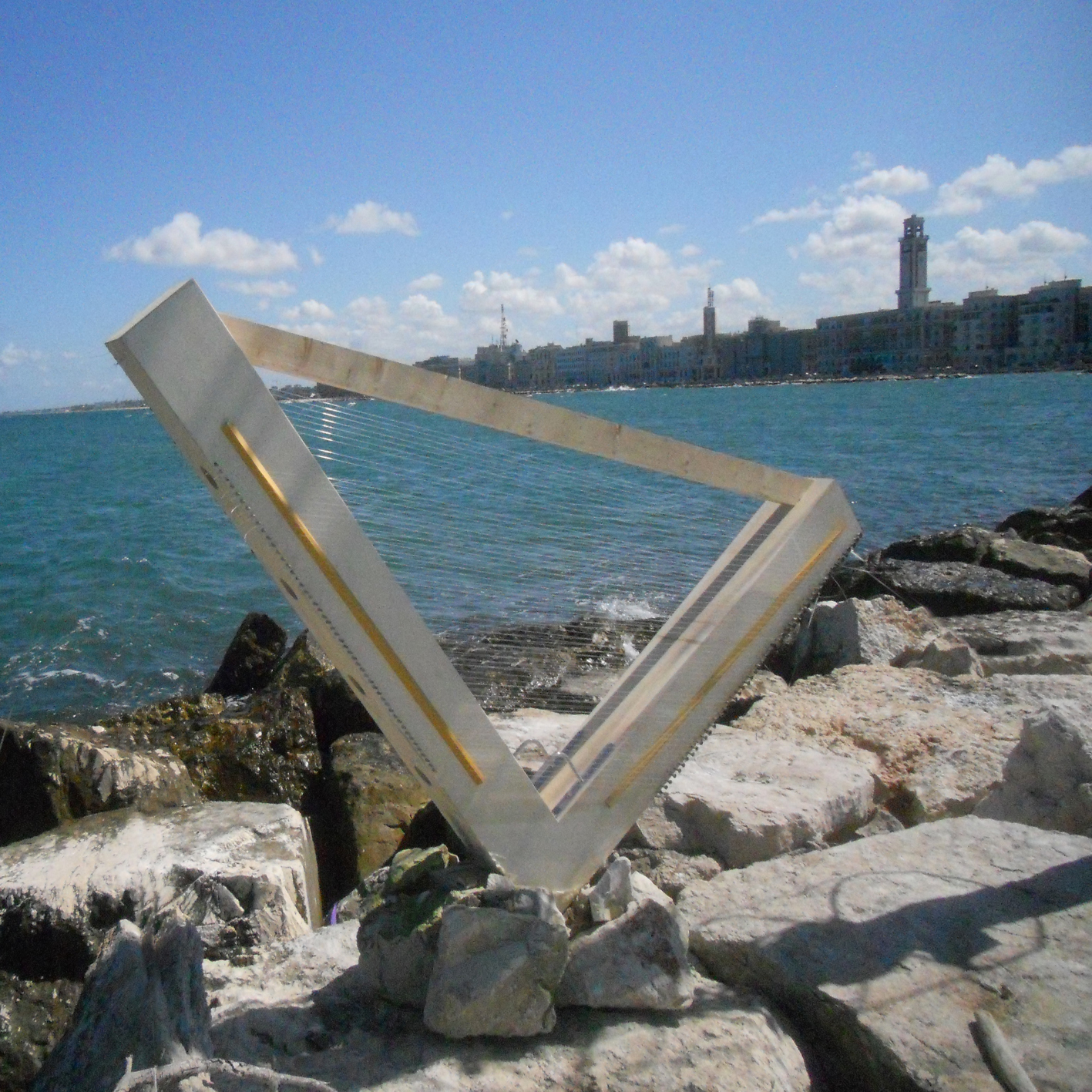 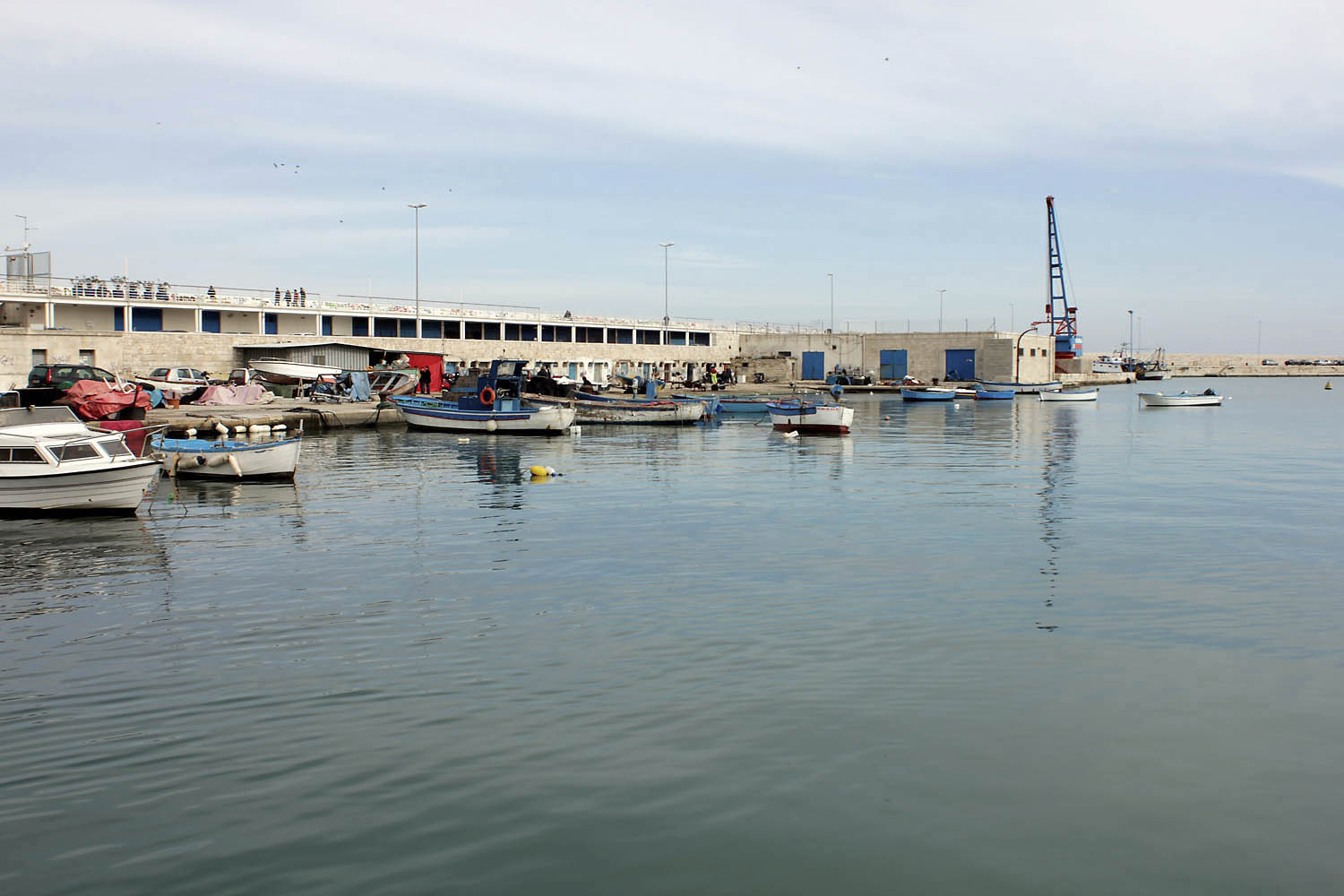 The work is inspired by the Fascist-era transformation of the Bari coastline and relates to the unfinished portion of the government’s urbanization project, which anticipated using the port as a “colonial bridge” to the Arab world. My project is based on the idea of subverting this colonial relation, rereading it from a perspective opposed to the actual historical dynamics. The aim is to construct an instrument of union between the different cultures by taking an element capable of physically going beyond these two worlds – the wind – and transforming it into a universal language: sound.

The work is a sound sculpture that evokes the image of a window, at once ideal and real, facing the Mediterranean. It has a double set of chords that are stretched between the front and back of the installation and played by the wind. The first set of chords, facing the sea, is tuned to the sequence of the Arab scale, while the second, facing the land, is tuned according to the principles of European harmonics.